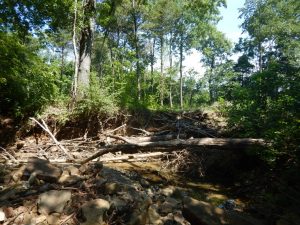 The following EQIP practices were implemented: 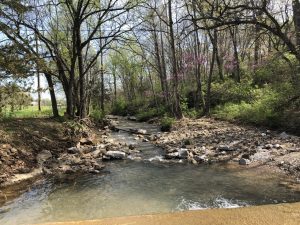 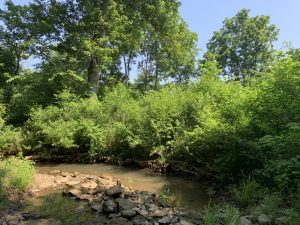 These un-named tributaries to the WFWR were experiencing significant lateral erosion and incision. These sites were generating sediment and nutrient loads to the WFWR and resulted in loss of pasture and riparian areas. Stream morphology data was utilized to design channel dimensions, pattern, and grade and the sites were re-vegetated with plants native to the eco-region. 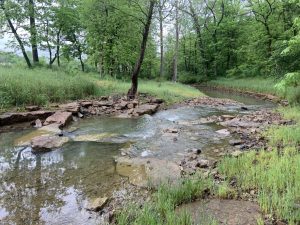